Happy dog days of summer great foodie friends…. This has to be one of the nicest Septembers in a longtime….. Sunny days brought me back to a perfect refresher that we first tried in Italy and now can happily make at home with ease!
The Spritz!

Both Prosecco and Aperol can be easily found at the local liquor store and are reasonably priced.
This refreshing drink is a pleasant surprise to most and a perfect thing to enjoy with your friends.

The drink is best served in a wine or a rocks glass and over ice.

The amounts you ask?
Approx 2 + parts of Prosecco and 1 part Aperol and just a dash of soda, and just drop in a nice fresh slice of orange. 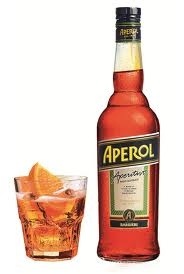 The Prosecco can be found easily as well and there are several brands. You don’t need to spend too much but it is advisable to look for one from the Valdobbiadene region of Italy. Any producer or brand will do….you will also see an organic Prosecco on the shelf which is very good.
What is Prosecco?:

A word from Wkipedia
Unlike Champagne, its main commercial competitor, Prosecco is usually produced using the Charmat method, in which the secondary fermentation takes place in stainless steel tanks making the wine less expensive to produce. The rules for the DOCG Prosecco Valdobbiadene also allow the use of the Metodo Classico: secondary fermentation in the bottle.
Approximately 150 million bottles of Italian Prosecco are produced annually. As of 2008, 60 percent of all Prosecco is made in the Conegliano and Valdobbiadene area.Production there amounted to €370 million in 2007. Since the 2000s, Glera (Prosecco) grapes are also cultivated and wine from the grapes is produced in other countries including Brazil, Romania, Argentina and Australia.
Most history shows that Prosecco originates from the Valdobbiadene region and that is where most of the production comes from.
As stated gone are the days of overly sweet bubbly….. You will enjoy this refreshing frizzante vino and if you get a chance visit this beautiful area of Northern Italy….it is breathtaking. 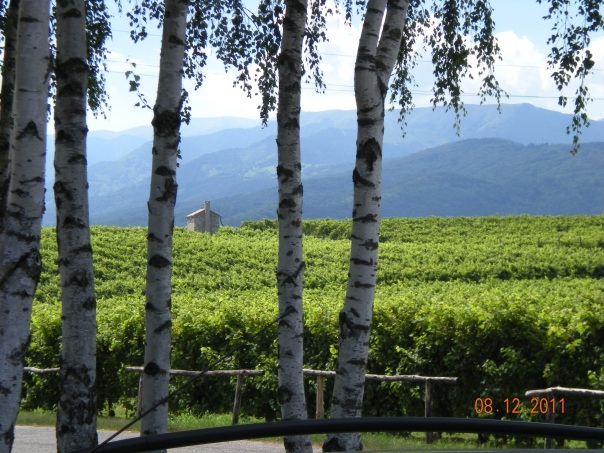