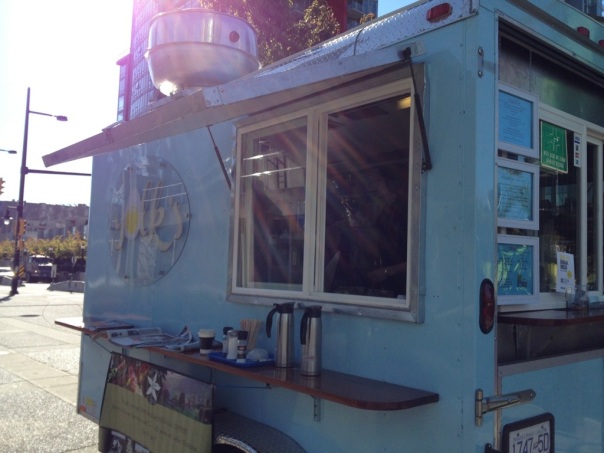 Go down and see Steve, Mario and Hannah at Yolk’s Breakfast

Chef- Steven Ewing:
Steven Ewing was born and raised in a restaurant that his father owned and operated and was destined to be in the industry from a young age. Graduating from Dubrulle French Culinary School at the age of 19 Steven quickly moved up the kitchen line and landed his first Sous Chef position by the age of 21 at the famous Beach Side Café in West Vancouver. He then opened the acclaimed Dock 503 Waterfront Café in Sydney on Vancouver Island. Four and a half years of traveling abroad followed where Steven worked at the French Laundry in Napa Valley California (considered by many to be the single best restaurant in North America) amongst other fine dining establishments. 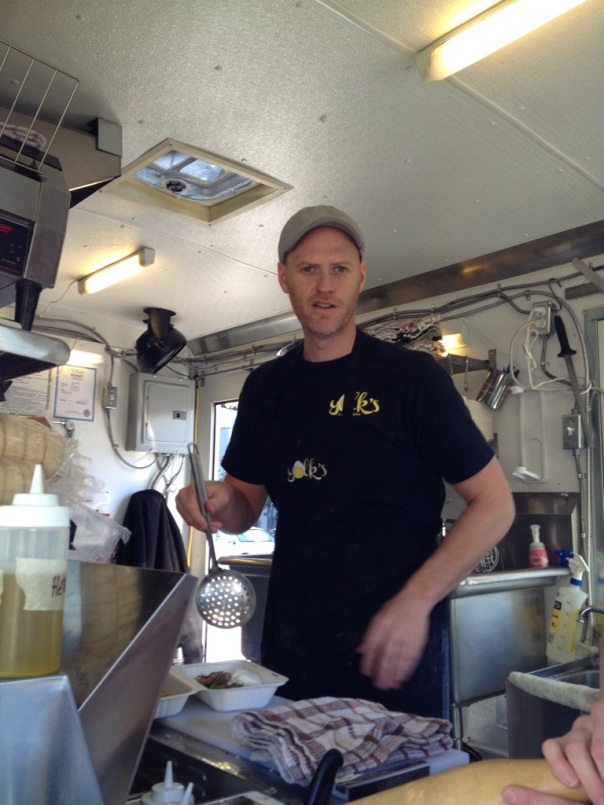 His partner Mario Margaritis- whom I haven’t met yet…. More to come later 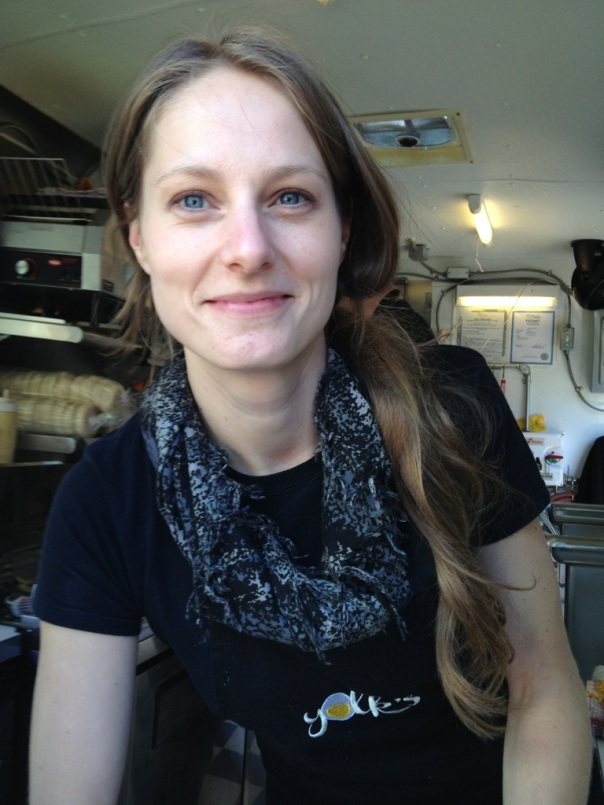 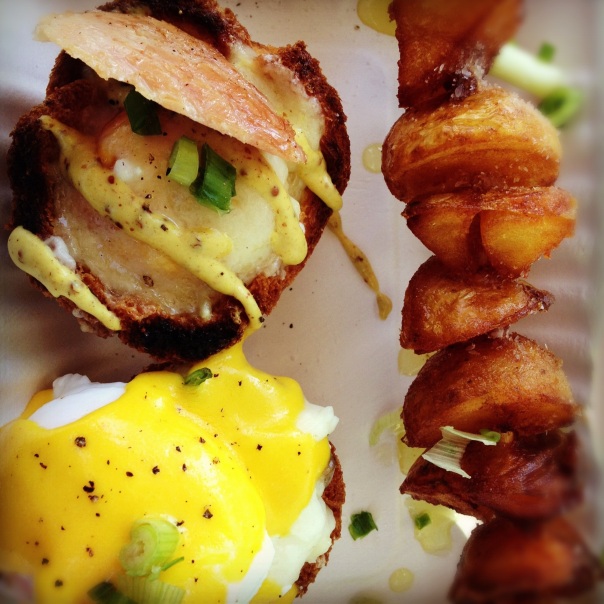 The flavors were incredible and popped with freshness!
Truffle oil is a delight only when used properly and in the perfect amount or balanced with a counter flavor allowing it to be an enhancement rather than an overpowering flavor buster! This was the PERFECT amount!

Okay, if you saved room…. You must try the To Die For Banana Bread from Erin Ireland. Made from fresh organic bananas, free range eggs, olive oil, organic nuts and Bernard Callebaut chocolate.
Chef Steve and Hannah will recommend you try it, do is all I can add…. 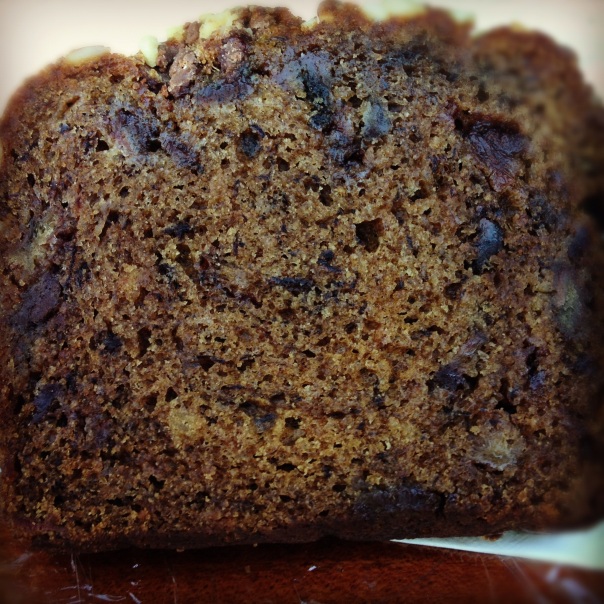 Yolk’s is truly committed to ethical and sustainable practices and spend the time to source as many local ingredients and support the local farmers and suppliers as possible.

This truck has only been on the corner of Dunsmuir and Beatty street for approx a month, but looks to already be earning a strong following solely from the great flavor combinations that they make each day and an unbelievable personable approach to their customers!

You Gotta Try This!